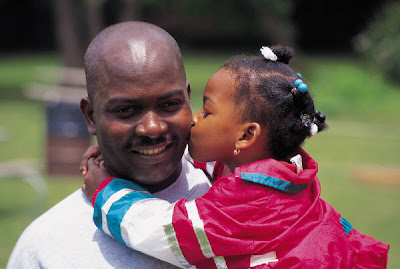 Matthew 23:9 And call no man your father upon the earth: for one is your Father, which is in heaven.

Every child, at some point in time, tries out their parent’s given name.  What preschooler hasn’t shouted, “Hey Brad (or John, or Bob…)” at their dad?  Most of the time, they’ve just figured out that their parent actually has a name besides Mommy or Daddy.  This is why so many couples are still calling each other by their parental titles- long after the children are out of the house.  You get used to modeling the  language for your young children, so they will use the right terms when they start to speak.

Here’s a shocker.  How would you feel if I told you the Bible says your kids should drop the title “Dad”. They should call you “Fred”, instead?

But it’s sooooooo easy to take things out of context, isn’t it?  What the Bible does say, in Matthew 23:9, is to call no man your “Father”.  What?  Didn’t we just spend about half the Old Testament talking about respecting your parents?

All around this verse, you’ll find criticism of the religious leaders of the day.  The teachers of the law had come to a point where their position was more political than spiritual.  Their teachings were hypocritical.  Interestingly enough, despite this, Jesus never encouraged the people to disregard the teachings and laws.  Jesus told his disciples to practice what the interpreters of the law told them, but to not follow their example.  He put a big sign on the Pharisees that said, “Do as I say- not as I do.”

At that time in history, one of the many ostentatious practices the teachers had begun, was requiring people to refer to them as Rabbi, Father, or Master.  Note I said “required”.  This was not a situation where a young disciple sat at his teacher’s feet and said, “I’ve learned so much from you- you’re like a father to me.”  The teacher himself required his students to refer to him as if he were the master of the universe.  (Wait- wasn’t that He-Man?)

It is honorable to give respect where respect is due, but it is sinful for the person in the position of authority to demand it, in order that he may obtain unquestioning obedience to his personal interpretations of scripture.

The message that Jesus was giving, the message that still applies to us today, is that we should consider no one our spiritual Father- other than God.  Jesus said to call no one, “Rabbi”- for we are all equal as brothers and sisters in Christ.  He goes as far as saying, allow no one to call you “Teacher” (I believe that would be with a capital “T”), for the only real teacher we have is Jesus Christ the Messiah.  He then goes on to remind us that if we exalt ourselves, we will be humbled, and if we humble ourselves, we will be exalted.

Once again, in our position as parents, we need to remember that we are just recipients of God’s grace.  Don’t be prideful.  Don’t laud your position over your children, but humble yourselves as a servant teacher.

So I guess, Dads…….it looks like you get to keep your title for now.