The Naked Face Project: Dressing Differently Because of Disability 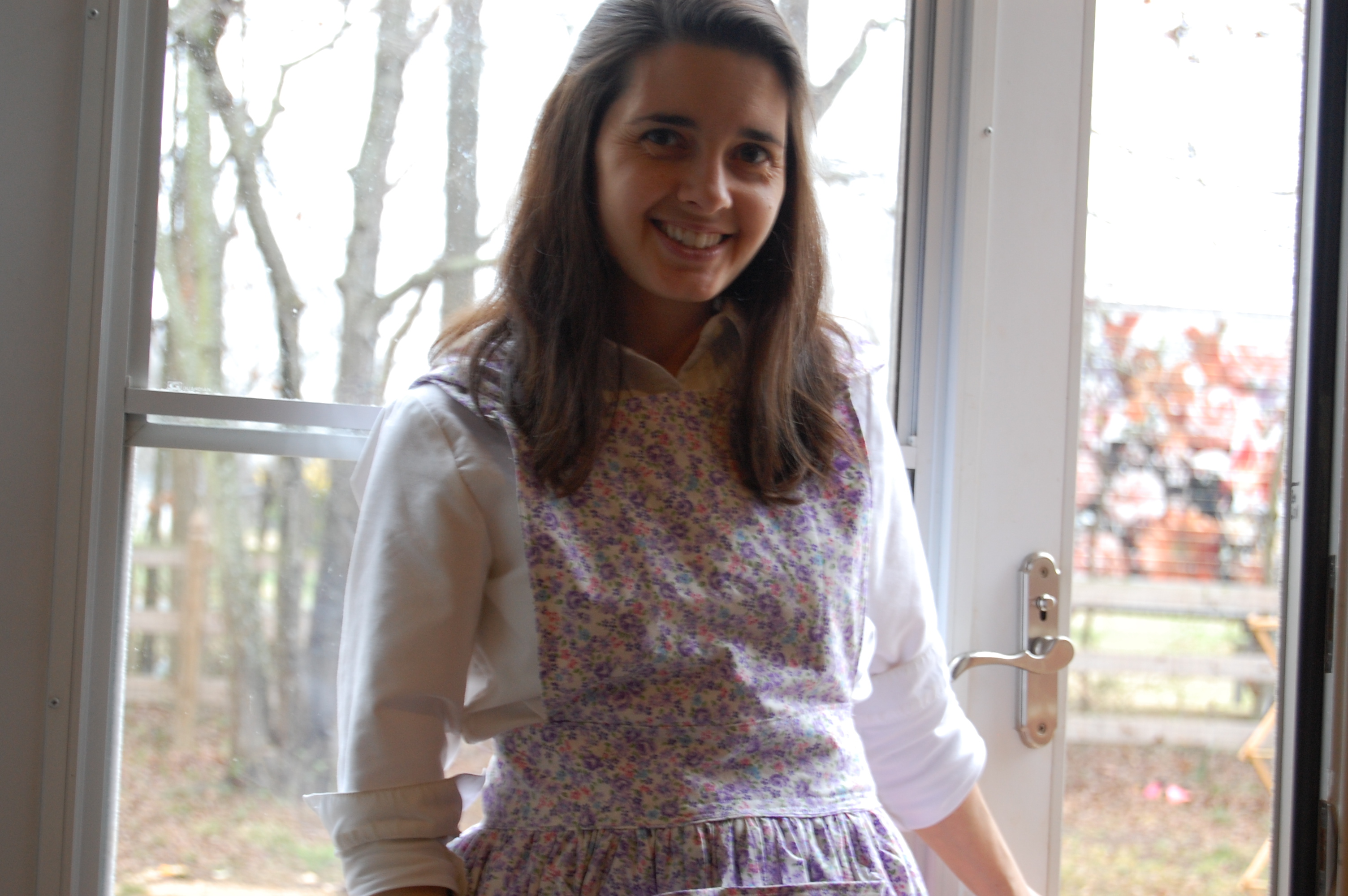 The ladies who started The Naked Face Project decided not to wear extremely “feminine” clothes during the 60 day project. And by that, I don’t meant they weren’t wearing anything pink or that they were swapping out their skirts for bow ties. For these ladies, the project meant ditching their stiletto heels and impractical items of dress, wearing only comfortable clothing.

That’s nice. But I was already living in exercise clothes, anyway…

For me, this brought to the forefront of my mind an issue that has always been on my heart. It is such a complex issue, that I’m not sure where to start taking it apart. The matter of what we wear, and when and how we wear it, is full of nuances. So, to start off, I’ll define what the purpose of clothing is, and has been over the centuries.

There is a whole theological discussion on why we have to be clothed in the first place, but I am not going to go there right now. What I will mention, is that in the Bible, we see that God pays attention to people’s clothing. He even gives instructions on how certain people’s clothing should be made. Styles run the gamut from the ornately decorated priestly robes to prophets that run around in camel hair. I believe that clothing, while practical, has also been symbolic from the first mention of God providing the animal hides to cover Adam and Eve. And like most things on our earth, God’s purposes for a creation often end up being twisted and changed into our purposes, rendering something that should be God-honoring into something that is God-dishonoring.

The goal of the Naked Face Project was to challenge women to think about what they do to change their outward appearance and why they do it. I think that clothes (more than makeup) are a universal tool that men and women use to change their outward appearance and present themselves in a specific light. In the past, people had everyday work clothes and then a few clothes they may have used for going out of the house, to church, etc. Children often have play clothes, school clothes, and church clothes. This can make sense if we are making distinctions to be functional. 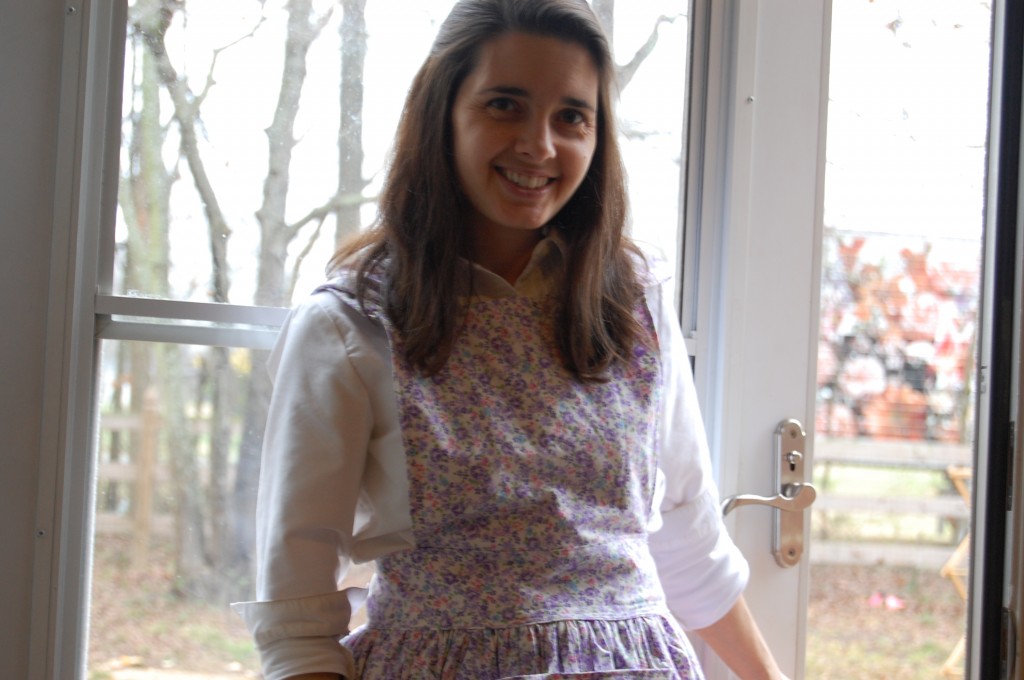 {I made a big wardrobe change, completely rethinking what clothes I choose and why I choose them. You can read more about it here.}

My TLSO was similar to this one, but bigger.

When I was in middle school (and early high school), I had scoliosis. Technically, I still do, but I am no longer growing. When you are still growing it is a critical time to treat this curvature of the spine in order to prevent deformity and possible damage to internal organs. People with scoliosis are usually left with varying degrees of lifelong back pain, headaches, pinched nerves, etc. Because of the scoliosis I had to wear a TLSO jacket, which is an orthotic brace that covered my entire torso- from my bottom to slightly above my shoulders. It scooped under the arms and wrapped around the front. The brace had adjustable pads that pushed on the curve in my upper back and lower back. One pressed one direction and the other pressed the opposite direction (I have what is called an “S” curve.)

The brace hurt my back, and it had to be tight, so it squished my stomach and often made me feel sick after eating. In fact, it hurt so bad that I had to work up to wearing it- first for just an hour, and so on until I was finally wearing it 23hrs a day. I was only allowed to take it off to bathe. It didn’t make for a good night’s sleep because laying on either side left me with one sharp wedge poking into my spine, laying on my back left me with two sharp wedges poking into my spine. I think this is why I became a stomach sleeper for years. Because of the plastic, foam, and stockinette, it was also very hot. I easily overheated. Combine that with a restricted ability to breathe and you have a recipe for passing out.

My daughter’s orthotist told me that at their practice they host support groups for children in these braces. We didn’t have that sort of thing then. And I was the only person I knew that wore a TLSO jacket. That really wasn’t a big deal- I never felt like I had to be like everyone else — as long as people would just leave me alone. But, as history has shown, middle schoolers can’t leave each other alone. Middle schoolers, as a group, can generally be pretty critical of anybody outside of the norm.

What does this have to do with dress? Because of the bulky brace, I had to wear clothing that would cover the bulk. Let’s just say that everything I owned was “not cool”.  At a time where other girls were starting to wear form fitting outfits and trendy jeans, I was wearing shirts that were about 3 times too big for me and “fake” jeans made of denim-like material: elastic waist, no zipper. Imagine a time when kids were starting to sport the GUESS? label and I was wearing some terrible off brand from Sears.

Oh. And I had glasses.

I know it sounds silly, but one of the reasons it has taken me so long to write this post is that the experience was so painful. Now I look back and say, “So what if my jeans didn’t have a zipper and I was wearing a shirt from the women’s department at K-Mart?” At the time it was crushing. Not because I cared so much (never been a fashionista), but because the other kids teased me mercilessly.

I was in the advanced classes. Frankly, most advanced classes are filled with children that are not in the lower economic bracket. These are kids that have been in private preschool and have had advantages that allowed them to succeed. They also have clothing advantages. Not to criticize those that have the ability to purchase more expensive, well made clothing, but it does need to be acknowledged that these folks also tend to be the trendsetters. And for whatever reason, some of them felt the need not only to meet their own fashion standards, but to criticize my inability to meet those standards. 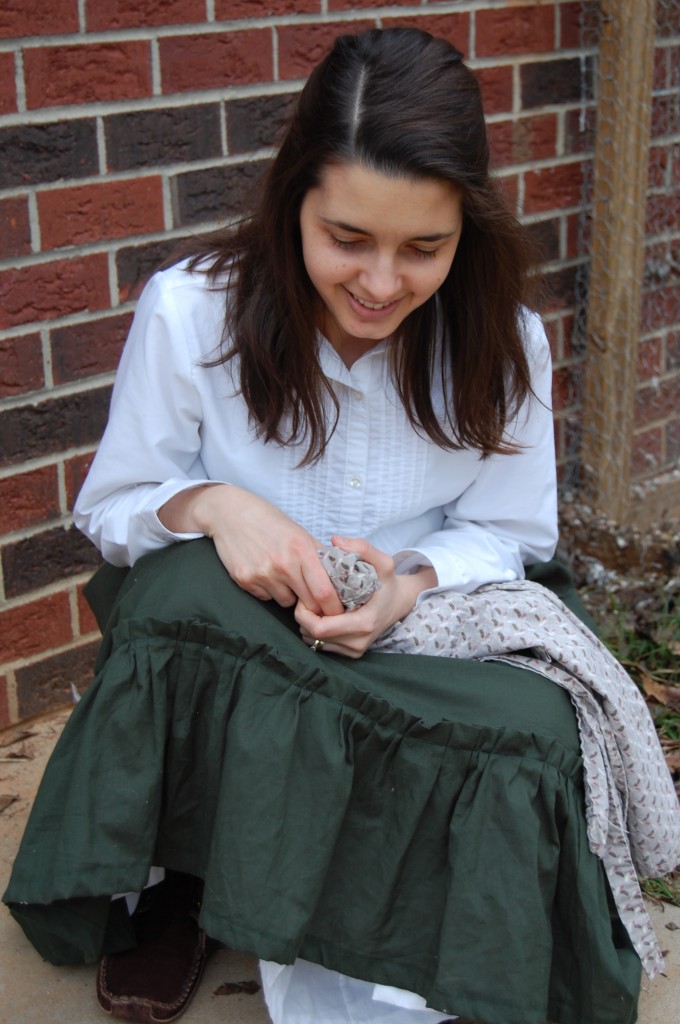 Let’s just say that the teasing was so bad that the teachers would occasionally put me in the office to eat lunch or to spend the rest of a class period. I had to be put in the office because of a group of boys that wouldn’t drop the “your jeans don’t have a zipper” issue. Since adulthood I have had one of those boys send me a personal note of apology, which I did appreciate. I just wonder why I was the one removed from the class room instead of the offenders.

There are many stories attached to this time period in my life. Some of them I may share at Signposts later on. But the memory of being stigmatized for dressing differently has always stuck with me. That’s why I found simplifying my dress for the Naked Face Project so important. I’ve never been a runway star, but I’ve always, always made sure there wasn’t anything about my clothes that could cause me to be ridiculed. I’ve always made sure I rotated my outfits in a way that no one would see  me wearing the same thing within the same week. In my mind I hear, in a scoffing voice, “Is that the only pair of jeans you own? *smirk* Where’d you get that outfit… K-Mart?” Now, thanks to the project, I am wearing 3 outfits- and wearing each one for a couple days in a row before washing them. A few years ago I would have been slain with embarrassment.

I’m glad for this experience, though. The whole thing. The icky middle school years and the Naked Face Project.  I am starting to let go of some of my own junk while still being sensitive to the feelings of others that may be where I was back in the days of shame. My daughter is 6 1/2, but she often worries about the way her clothing fits her body or if you can see her Ankle Foot Orthotics poking out the wrong way under her pants or dress. People in wheelchairs often find their clothing doesn’t fit right- especially those that have shortened torsos or lordosis. Usually the trendy outfits don’t hang right, constrict, or gap- because their bodies aren’t in fashion model shape. Young people that are over or under weight struggle with the same issues.

Later on I will be addressing the issue of makeup and other regimes we have for ourselves. Clothing, makeup, accessories- all these things tie back to how we want others to perceive us. Why does outward appearance matter so much? What type of stereotypes do people assign to those that look differently? How does this impact those with disabilities both emotionally and in a practical, day to day experience kind of way? How does our outward appearance affect how God values us? These are all great questions that we will continue to explore as part of the Naked Face Project series.

Have you or one of your family members experienced people’s discrimination based on stereotypes of appearance? We’d love to hear from you in the comments below.