by Annie Beth | May 6, 2011 | Disability Around The World, Local Ministry Updates | 0 comments 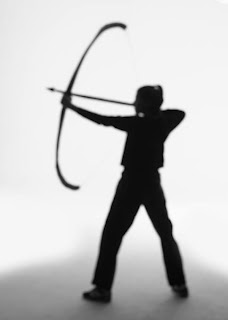 Where do I begin?  Sometimes messages in my life are so inextricably linked, that I have a hard time pulling out one or two sticky-noodly-threads to illustrate a point.  God reiterates a theme; it appear from many sources.  Sometimes several themes are linked- such as in this case.  Gifts-service-testing-refining…

Recently our pastor has been focusing on spiritual gifts.  What are yours?  Are you using them?  Where do you fit in the body of Christ?  This morning, the focus started out on having a “can do” attitude rather than the knee jerk response, “I can’t.  I’m not good enough.”  I think we often feel this way- especially in our society, so driven to perfection by the media.  However, Philippians 2:13 says, “For it is God who works in you to will and to act according to his good purpose.”  Awesome thought, huh? You’re off the hook.  You’re right.  You can’t be good enough on your own.  It’s only through God’s Holy Spirit working through you, that you can act according to his good purposes.

“God, I sure am glad that you think I can teach this Sunday School class, but really… I might embarrass you.  No one would learn a thing.  What  if a visitor left our church, never to return, because of their horrible experience in my class?  I’m sure there’s someone better for the job.  I’m just sayin’…”

I’m sorry, that answer is Innnnnnncorrect!

Trust me.  God gives us gifts.  He wants us to use them.  If you are the worst person in the world for a job, I’m sure another tactful part of the body of Christ will let you know.  “Ummm, Susie… I’m so glad you volunteered to teach the Kindergarten VBS class this year.  However, we REALLY need help in the kitchen.  I loved how you made that Noah’s Ark out of graham crackers last year…”  Otherwise, if you have the ability to do something (and no one throws themselves in front of you to stop you), and you feel that God is poking you gently in the side with a stick saying, “I want you to do this” …. well….then you should do it.  Sans the sign on your back that says, “I’m really not good enough.”  And the hat that says, “Somebody else should be doing this…”  And the shirt that says,”I can’t!” on the front, and “When they were passing out gifts, God skipped me,” on the back.

Because.  Our gifts are for God’s glory.  Not ours.  When you find yourself making excuses and feeling “not good enough,” you are actually falling into the sin of pride.  Pride is not only for those who have six figure salaries, special talents, and egos that are so big they have to live in the guest house.  Pride attacks us when we tell God (of all people!) we can’t do something he’s asked us to, because we are afraid of what other people might think.  We don’t want to be judged by others.  We don’t want some artist to walk in and see the mural that we made for the childrens’ play and think, “Hmmph, who did that?”  We don’t want the students in our class to think, “Man, this is the most boring teacher I’ve ever had.”  We don’t want to do anything that might expose ourselves to possible criticism.  If we’re not a professional in the area of cooking, then we’re going to stay out of the kitchen.

God knows we have a tendency to compare ourselves to others. Don’t worry about what other people think.  Put your pride aside.  God addresses this issue in Romans 14:4, when he says, “Who are you to judge someone else’s servant?  To his own master he stands or falls.  And he will stand, for the Lord is able to make him stand.”  God is able to make you stand.  You’re his servant.  No one else has the right to judge how good of a job you are doing.

Now.  Let’s switch gears and get a little personal.

Last Sunday, I changed my week to sing special music from the 23rd to the 16th.  I needed to sing on the 16th because I had nursery duty the following week.  By Monday night, I started feeling under the weather.  By Tuesday, I had the flu.  Quickly realizing what the problem was, I got a prescription for Tamiflu, and started gobbling it down.  As the week progressed, I got better.  By this weekend, I was almost completely well- except for some lingering respiratory issues.  Surprise, surprise.  See, Satan is very familiar with my weaknesses.  Almost every time I have to sing, I get sick.  I’m usually just sick enough to be able to push through the music.  If I were too sick to sing at all, there would be no problem.  The problem arises when I know I have to sing, but I’m not going to do “my best.” I am a little bit of a perfectionist, and I hate hate hate not being able to do things as well as I think I should be able to do them.  I sometimes really lose focus and concentrate so much on my inabilities, that I forget why I’m doing what I’m doing in the first place.  Satan loves this.  He gets to press the old pride button.  He knows I don’t want people to think I’m doing a “bad job.”  He whispers, “What if they never ask you to sing again?  Everyone will know it’s because you did such a horrible job the last time you were up here.  It was so bad, I think one of the deacons dropped the offering plate on that high note.”

I’m aware that Satan does this to me.  It’s intentional.  It’s not an accident.

I’m also aware that I can pick up the shield of faith and quench all the flaming arrows and darts of the evil one.  Take that, Satan.  God said so.

So, this morning, before service, I got on my knees and prayed that I would be able to keep my focus on glorifying God.  I prayed that Satan not be allowed to work in a way that would distract others from worshiping, but that if God didn’t want to completely make my scratchy throat disappesar, that was ok.  As long as Satan couldn’t use it to stir up my pride.  I let God know that the music was for him.  If he was pleased with it, that’s all that mattered.

So.  Did God make my voice come back the second I stepped up to the front of the church?  Did that glob of grossness fall off my vocal cords the moment I clutched the microphone?  Nope.  But he did help me through the song without anything distracting occurring.  I didn’t screech.  My voice didn’t break.  I didn’t pass out.  No crazy sounds, that would have distracted people from worshiping, came out of the sound system.  And I did what God wanted me to do.  I worshiped him.  He didn’t ask my opinion on whether or not I thought it was good.  He didn’t ask the choir director’s opinion on whether or not it sounded good.  He gave me a gift.  He asked me to use it.  And I did.

Meanwhile, Satan was a little disappointed.  Nothing turned out the way he planned.  I recognized his scheme to make me prideful and ineffective, and I didn’t fall in the trap.  He thought he was piercing me with a flaming arrow.  He thought he would be able to convince me my shield of faith didn’t work.  God said it could quench all the flaming arrows- but this one got by.  Maybe I would doubt God’s word.  Satan asked to sift me, but Satan could only do it with permission from God.  That’s because God knew that he would take that fiery dart, blow on it a couple times to fan the flame, and then reach over to use it to light his refiner’s fire.

Satan needs to be called out on this stuff, because when his schemes are brought to light, we turn the table and make him ineffective.  As the father of all lies, he is also an abuser and accuser. One reason he is able to continue abusing and accusing the saints, is that we keep it a secret.  In an abusive relationship, keeping things secret enables the abuser to continue in their pattern.  So I’m telling you in what sneaky manner our adversary tried to devour my ability to worship, so you can recognize when a similar scenario happens to you.  He’s really not very original, and on mankind in general, he tries the same old tricks with slight variations.

Our sermon today ended with the reminder that God has gifted us, but we also need to get our vessels ready for service by allowing ourselves to be purified.  He will test us.  He will allow us to go through sifting in order to make use better servants for him.  He wants us to be able to use our gifts with a pure and holy heart- free from pride (or false pride).  Free from any yucky junk that would make us the fork that, while potentially useful, has gross stuff on it- so we send it back to the restaurant kitchen.

If you are that fork that gets sent back to the kitchen, let God put you in his industrial dishwasher.  And you may just find he’s using Satan’s evil, flaming darts to heat up the same water that’s going to make you clean.