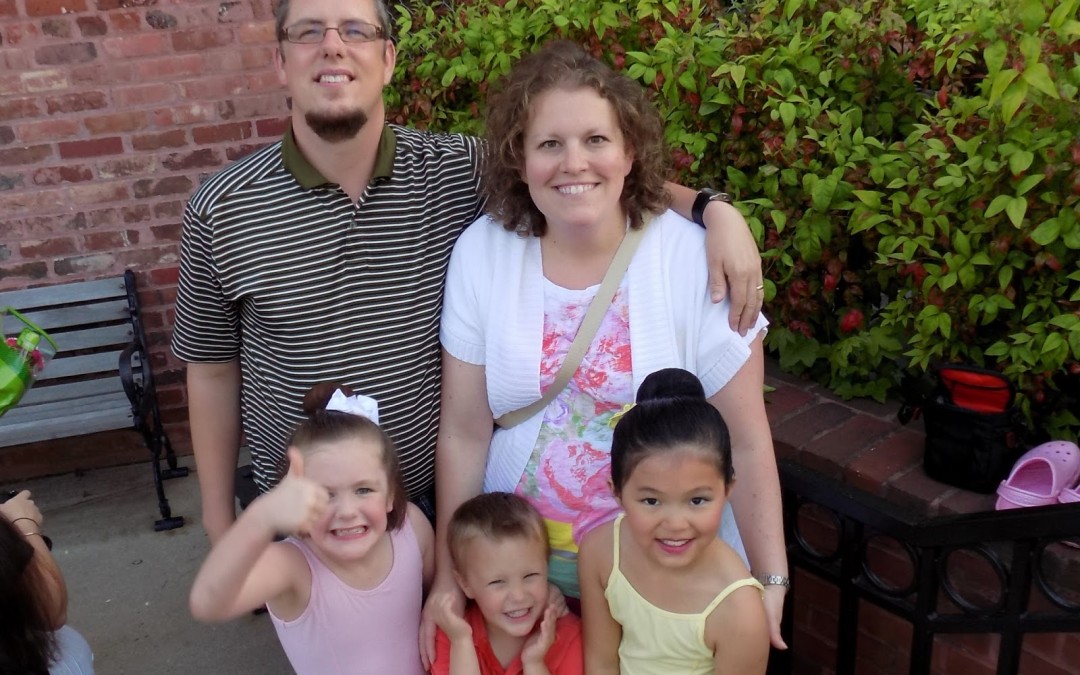 Where Do You Live?

Tell Us About Your Family (from Melissa)…

Brian and I have been married for 11 years and we reside in Monroe NC.  We currently have three children.  Molly is 8, Rayna is 6, and Aaron is 4.  Brian works for North Carolina Farms, Inc.  Molly and Rayna will be attending Union Preparatory Academy in Indian Trail in the fall as 3rd and 1st graders respectively.  This past spring Molly and Rayna participated in dance and Aaron participated in Upwards Soccer.  We are members of Church of the Redeemer in Indian Trail where I am the Childrens’ Ministry Director.

How Has Epilepsy Impacted Your Family? (from Melissa)

From the time Rayna was born, she was a very “difficult” child.  As an infant, she cried A LOT, didn’t sleep well, and struggled to self-sooth.  We assumed that one day she would grow out of her difficult “phase.”  As a toddler, we noticed that she had some sensory issues.  Right before her third birthday, we realized that she wasn’t quite like other children.  She still wasn’t sleeping well, wouldn’t play with other children (other than her sister), couldn’t handle loud noises or crowds, and would become incredibly overwhelmed and anxious on a daily basis.  She would spend a lot of her day crying and struggled with transitions.  We talked with our pediatrician who referred us to a developmental pediatrician.  Right around her third birthday, Rayna was diagnosed with sensory processing disorder and an anxiety disorder.  She also had developmental delays.

At four years old, Rayna began having seizures and at five years old, Rayna was diagnosed with epilepsy.  While we tried to find the right medication for Rayna, she had quite a few seizures.  Rayna has had absence seizures, clonic seizures, and grand mal seizures.  During that time, I really struggled with anxiety.  Every time Rayna had a seizure, I would be afraid it was going to leave her brain-damaged.  If I heard her kick the wall, I would run into her room afraid she was having a seizure.  If she was staring off into space, I would think she was having a seizure. (Even though she was only daydreaming.)
Rayna is now six and a half years old and her seizures are few and far between.  She has made SO much growth since we have gotten her seizures under control.
Rayna’s epilepsy has had a great impact on our family.  It has obviously  had the greatest impact on Rayna.  Although she has made a lot of growth since her seizures are now under control, she still has a lot of developmental delays.  She has participated in speech therapy and occupational therapy since she was three years old.  She also struggles academically.
Rayna’s epilepsy has also had an impact on the rest of our family.  Rayna is very sensitive and requires more attention than her siblings.  She becomes easily overwhelmed so some things are difficult for our family to do.  Sometimes even a simple trip to Costco or a playdate at a friend’s house can become so overwhelming that we have to leave.

How Do You Participate In Your Community ? (from Brian)

What Would You Tell A Local Family With A New Diagnosis? (from Melissa)

I would tell a family with a new diagnosis that it is okay to be afraid but not to be overcome by that fear.  Seek support through church and the community.

The most important thing that I would tell a family facing a new diagnosis is that your child’s future is not determined by that diagnosis.  Rayna is such a loving, caring, and compassionate child.  She is very in-tune with people’s feelings and emotions.  She has so many gifts that I know God will use and I am so proud of all she has overcome.  Her future is SO BRIGHT!