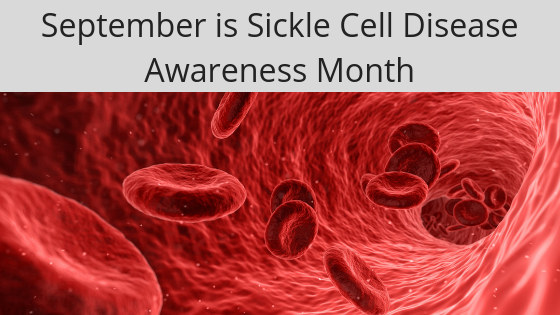 Sickle Cell Disease (SCD) is best known in the United States as an inherited blood disorder primarily affecting Africans and African-Americans. Current estimates are that one in 500 U.S. African-American births is affected with sickle cell anemia.

But, it doesn’t stop there. SCD also affects millions of people throughout the world whose blood-descendants hail from Spanish-speaking regions in the Western Hemisphere (South America, the Caribbean, and Central America), as well as those from Saudi Arabia, India, and Mediterranean countries such as Turkey, Greece, and Italy.

How Does SCD Work?

Without delving too deeply into medical terminology, let’s envision the letters “O” and “C” to describe the disease. Regular blood cells are flexible, smooth discs (like an “O”). They happily move through a child’s blood vessels doing their job.

But, stiff, sticky “C” shaped cells with abnormal hemoglobin genes (the oxygen-carrying protein within the red blood cells) can’t slide through the bloodstream as easily. Two negative actions will follow. Cells will cluster together to create blockages or being quite fragile they will tend to rupture. Both impair the movement of oxygen carrying blood to tissues. That causes pain, organ dysfunction, and other complications of SCD (Stroke, Acute Chest Syndrome, Pulmonary Hypertension, Organ Damage, Blindness, Leg Ulcers, Gallstones, and Priapism).

How is SCD Contracted?

It isn’t contracted. This abnormal or mutated gene has been passed from generation to generation in a pattern of inheritance called autosomal recessive inheritance.

How is SCD Identified and Treated

Since the disease runs in families, both the mother and the father must pass on the defective form of the gene for a child to be affected. Therefore, couples planning to have children are advised to have genetic testing.

All newborns in North Carolina should receive a hemoglobin test at birth to be analyzed by the State Laboratory of Public Health.

Sickle cell disease can be identified by the following tests:

Currently, the most effective cure for SCD is a blood & bone marrow transplant. This can be expensive. However, there are treatments to alleviate symptoms, to reduce complications, and to improve patient quality of life. For example, there are immunizations and antibiotics which prevent infections, there are pain killers, and there are blood transfusions for severe anemia and stroke.

In breaking news from just last week, Business Wire reports that Emmaus Life Sciences, Inc. has entered into an agreement with McKesson Plasma and Biologics LLC  to expand distribution of Endari™ (L-glutamine oral powder) to pharmacies nationwide that utilize McKesson as their primary and exclusive distributor. Currently, the therapy is only available to patients in approx. 30 states, Washington DC, and Puerto Rico. Endari™ is reported to reduce the acute complications of sickle cell disease in adult and pediatric patients 5 years of age and older by “easing cell stiffness to improve tissue oxygenation.”

(As with any drug, there are potential adverse reactions. In this case, Business Wire indicates that in clinical studies there have been” incidents of constipation, nausea, headache, abdominal pain, cough, pain in extremities, back pain, and chest pain.” It is always best to consult with a physician that knows your medical history before taking any new medications. We are just presenting this information as an example of advances attempting to treat SCD.)

Sickle cell disease begins in infancy, and for far too many it continues as a life-long illness. By designating September as “Sickle Cell Disease Awareness month,” the Sickle Cell Disease Association of America hopes parents will educate themselves to the need for early diagnosis of their children, especially if the families are of African-American, Hispanic, Middle Eastern, or Mediterranean descent.