Epilepsy: The Brain on Overload 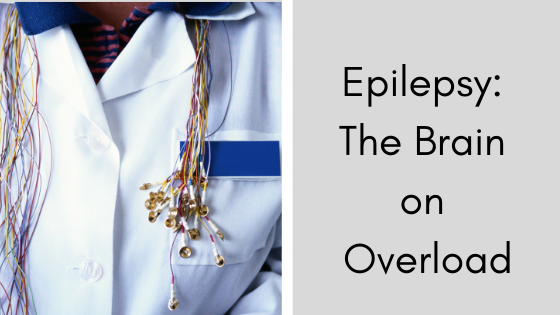 Tiny electrical charges surge through the brain as billions of brain cells communicate with each other every day in an orderly fashion. But, when there is a sudden electrical energy burst a seizure occurs. And when it repeats itself, the disorder is called Epilepsy. Nearly 300,000 American children under the age of 14 have epilepsy. For a portion of that group it will be temporary, for others a life-long health concern.

According to the Epilepsy Foundation: seizures are a symptom of epilepsy. Having a single seizure does not necessarily mean a person has epilepsy. High fever, severe head injury, lack of oxygen — many factors can affect the brain enough to cause a single seizure. Epilepsy, on the other hand, is an underlying condition (or permanent brain injury) that affects the delicate systems which govern how electrical energy behaves in the brain, making it susceptible to recurring seizures.

What should you, as a parent, be on the lookout for? There are two forms of energy burst to learn about: those in just one area of the brain (partial seizures), and those affecting nerve cells throughout the brain (generalized seizures). Too often a seizure is mistaken for “daydreaming” or lack of concentration. That can lead to a child not getting the care and attention he or she deserves.

Did you know that our own Duke University Health system in Raleigh is a “Level 4 Center of Excellence?” That is the highest level of accreditation by the National Association of Epilepsy Centers. The Duke neurologic disorders programs are also consistently ranked among the top programs in the country by U.S. News & World Report.