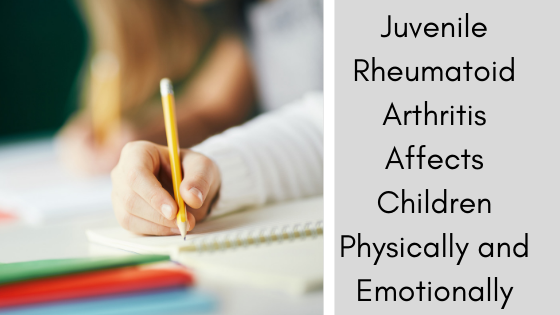 Juvenile Rheumatoid Arthritis (JRA) is a debilitating disease that makes it difficult for children to lead normal lives. As National Arthritis Awareness Month is spotlighted during May, we will be focusing our discussion on JRA’s symptoms & types, as well as diet options for kids.

Also now known as Juvenile idiopathic arthritis, JRA occurs when the body’s immune system attacks its own cells and tissues. According to the Mayo Clinic “It’s not known why this happens, but both heredity and environment seem to play a role. Certain gene mutations may make a person more susceptible to environmental factors — such as viruses — that may trigger the disease.”

Unlike adult RA, there are no blood tests that will positively identify JRA in children. To diagnose children, rheumatologists depend on physical examinations, imaging tests and monitoring the progression of symptoms. According to Stanford Children’s Health (associated with Stanford University), there are three types of Juvenile Rheumatoid Arthritis:

What your child eats can help control or contribute to JRA. You want to ease his/her joint pain and morning stiffness. Look to add foods which contain high levels of omega-3 fatty acid. Best sources are fish, such as herring, mackerel, salmon, sardines, and trout.

Another approach is with high-fiber foods. Introduce into your child’s diet whole grains, fruits, veggies, and legumes.

On the other hand, there are foods to be wary of as they may cause inflammation. At the top of the list is sugar, followed by fats (saturated and trans) and refined carbs.

Granted, you can’t see everything your kid eats all day, at school and play, but vigilance, when the child is at home can be a big help in dealing with JRA.

Beyond the physical problems we’ve discussed, there is one more area for parents to have a concern. Juvenile Rheumatoid Arthritis also attacks kids emotionally within social circles. It is THAT kind of disease which requires parent to be vigilant. Children with JRA experience slower than normal growth. This situation may cause some joints to develop earlier than others.

The unfortunate result of this condition will be arms and legs with different lengths. And that can lead to abnormal social interactions with other children. It is extremely important to keep life as normal as possible for children with JRA. Depression is all too often another side effect. Positive reinforcement, support groups, summer camps, active lifestyles interactions with people & other children who understand the difficulties of their daily life will go a long way towards restoring normalcy to their lives.

The Arthritis Foundation website provides search tools for locating local groups and summer camps as well as information about their annual conferences.

For a Calendar of Events being sponsored by the Arthritis Foundation of North Carolina, check out their website.