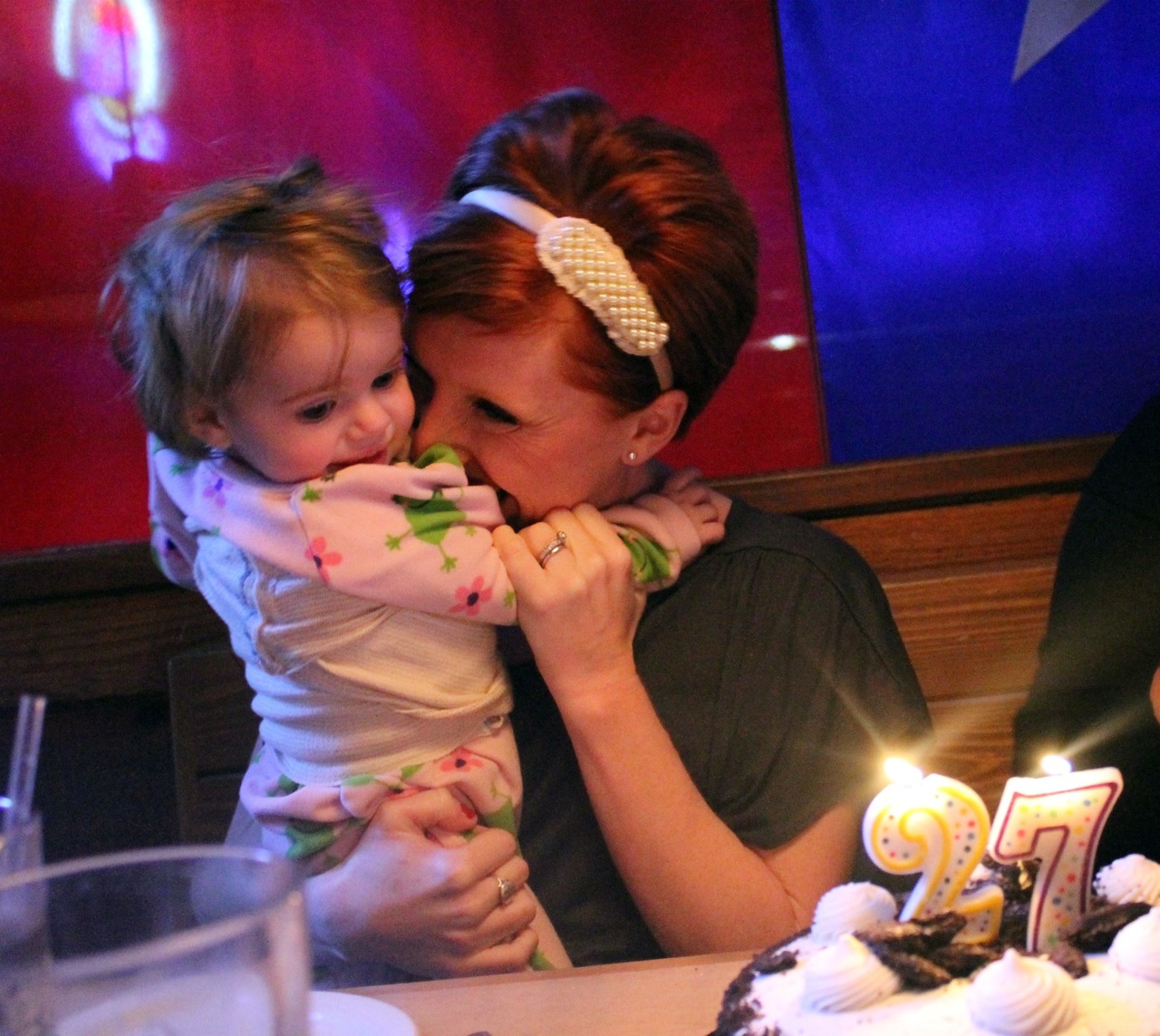 Ramee Larson, a new member of the Signposts team, has been graciously sharing her story with us. This is part two of Ramee’s story — you can read part one right here!

Before I tell you more about Mabel, let me first introduce our older children.  Nora is 5 and is homeschooled.  She is a feisty, sweet, smart little girl.  Of course, every mom thinks so and we are all correct but the unique thing about Nora is her heart.  She asked Jesus to live in her heart at the age of 3 and has followed through with loving him boldy ever since.  She has a special gift of prayer and she cares deeply about people. 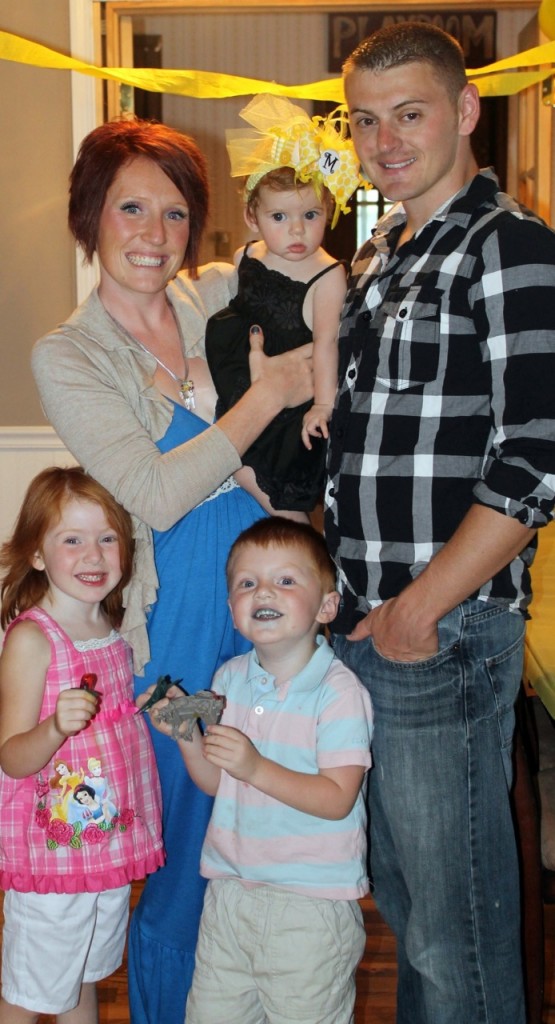 Braden just turned 4 and he just accepted Jesus into his heart this week!  He specifically told me that he wanted to live in Heaven someday and as we prayed together, he smiled when I explained that he was now a Christian.  He is proud to love the Lord and that is such a precious gift to me, as his mom. Raising a boy is much different than raising little girls, and this child has challenged me since day one.  He is loud, aggressive, needy and yet incredibly kind. He is also homeschooled.

Now I’ll take you back to the beginning with Mabel. After her initial hearing tests that she continued to fail, we had an ABR test done to confirm or rule out hearing loss. At the time, they concluded that there were concerns to the low tones in her left ear. Again, I’d almost give anything for that to be where our journey stopped.

I should also explain that during this time of our lives, we had a dear friend of our family living with us. She was my rock and safe place to fall in the dark of night when sometimes I would do just that.  Her name is Rachel and she has a little girl named Harper.  It’s important for anyone knowing our story to know this because the dynamic of our home was not typical, yet it was incredible.

When Mabel was about 5 months old I looked at Rachel and I will never forget our quick conversation. I said. “I don’t think Mabel is seeing me.”  She replied, “No.  She’s not.”  It was as if she had known all along but didn’t want to tell me.

It was abrupt and frightening.

So this is where our true journey began. It was also at this time that we asked to see a neurologist because we believed that Mabel was having seizures many times a day. We had an EEG and an MRI. Her EEG revealed that she was, indeed, seizing 85% of the day and her MRI was ‘essentially normal,’ which are words that become completely annoying after months of testing that leads to nothing. 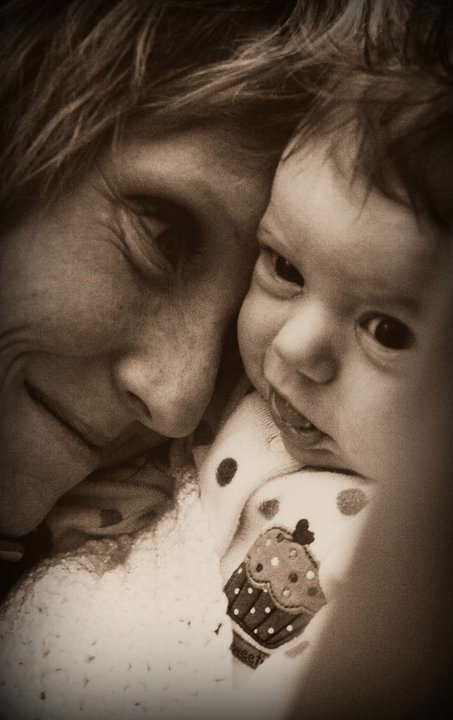 As far as her eyes were concerned, we saw two pediatric eye specialists who both told us with certainty that her eyes are ‘structurally normal,’ but that we would need a different test to look into her retina. Months later, we got in with a pediatric retinal specialist who performed an ERG to test Mabel’s retinal functions and just as we suspected, our greatest fears were confirmed.  Not only was she hearing imparied and seizing all day, but she basically flatlined this test to reveal that her retinas aren’t responsive. This means she is visually impaired as well, and although her eyes may mature over time, what she sees now is basically what she will always see. It’s not a hopeful diagnosis for your child’s vision.

At about 6 months of age, I noticed that Mabel wasn’t sitting up.  In fact, she wasn’t even rolling over and she was still being swaddled like a newborn. She had a poor suck and was so tiny. Our pediatrician suggested we get involved in Early Intervention and my natural response was to be in denial. “My baby is not autistic!” was part of my ignorant thinking. My poor little mind was about to be opened up to a medical world that is far more complex than I even knew. It’s shameful looking back, at how naive I was.

When we started in early intervention, Mabel’s developmental age was 0-2 months.  She was delayed significantly.  She had (and still has) severe hypotonia, and is very mobile through her joints.  She fatigues so easily and sleeps much of the day.  She hasn’t made great strides in therapy and even now at 16 months old does not roll over or sit up on her own.  Currently we have her on two seizure meds and most recently we treated her longest symptom of failure to thrive by going through with placing a g-tube for her nutritional benefit.

We have had many genetic tests and have been so blessed to meet with amazing doctors who are incredibly proactive in Mabel’s care.  We have a geneticist, a neurologist (brain), opthamologist (eyes), orthopedic specialist (bones), GI specialist (tummy), pediatric surgeon, and her pediatrician. As far as therapy goes, she does 3 sessions a week which include in the home care by physical, occupational and vision specialists. We also see a feeding therapist and dietician monthly.

Every test that has been run has been inconclusive in providing us with a diagnosis for Mabel.

I spent many nights on google typing in her symptoms and landing on some of the most frightening syndromes that you can imagine.  She’s been tested for rare syndromes, severe diseases and yet nothing has given us any sort of answers. 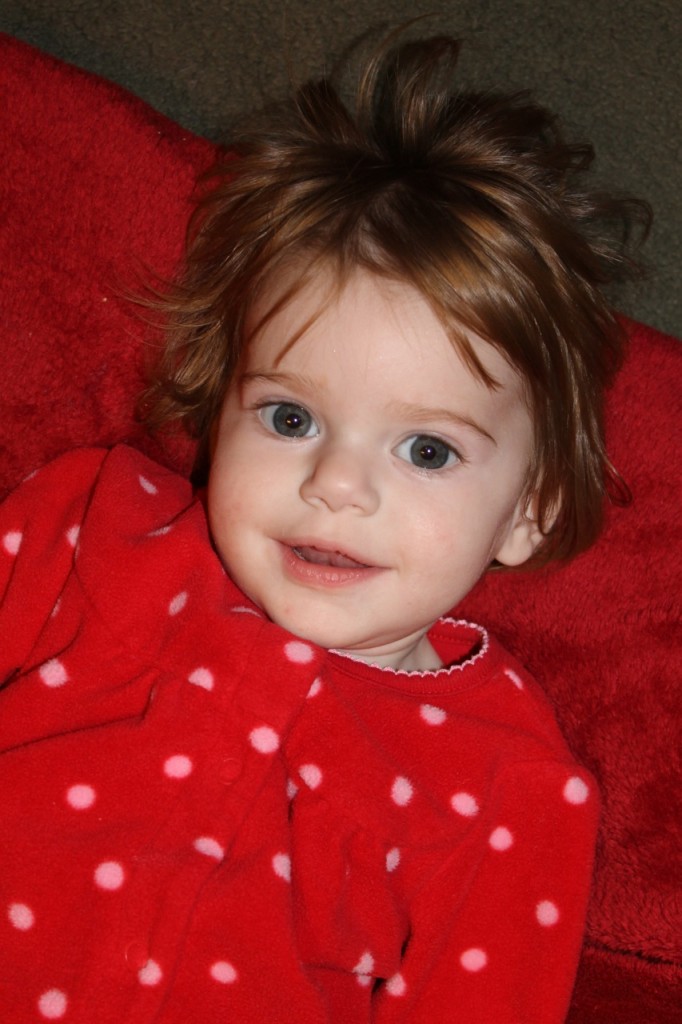 At this point, the statistic stands that 40% of people who have symptoms of a syndrome are undiagnosed. The statistic is staggering and stops me dead in my tracks almost every time I read it.  I am in awe of medicine and all of its benefits, but it also reminds me how very small we are in comparison to God.

Humans think we have come so far, yet 40% is a large number to be undiagnosed.  Medicine just isn’t up to par for many. Another statistic that is alarming, especially for our little girl is that there are 7,000 rare diseases identified worldwide. 75% of people with these diseases are children and 30% of children with special needs are undiagnosed.  We fall into that statistic as of today.

Recently, when we had Mabel’s g-tube placed, we also had a muscle biopsy done. This is a pretty invasive procedure for such a little girl. The reason we chose to do so is because the Dr’s believe we are possibly dealing with a ‘mitochondrial disease.’  Basically, when someone has 3 or more organ systems that are failing in some way and have no other diagnosis, mito needs to be ruled out.

Mitochondrial disease, in simple terms, is “lack of energy.”  The results for these test can take up to three months.  It has been 4 weeks.  And in the big scheme of things, you would think that 8 more weeks is nothing compared to a year of so many unknowns.  But it’s just not that simple.  These 8 weeks are hard and horrifying. We could get a confirmed mitochondrial diagnosis and come to terms with the fact that our daughter has an incurable disease that will most likely break down each organ of her body and could eventually lead to death.  Or we could get the call that says everything looks, “essentially normal,” (a term that I am now familiar with and hate.) Which is worse?  Knowing your child’s disease and accepting it- therefore giving her the best care and treatment possible or not knowing and being helpless to the symptoms that are very real and often severe?

This year with Mabel has been full of ups and downs and catch 22’s. It has been agonizing and draining. I have changed from the woman I once recognized and have become someone foreign and unknown. I’m learning to become a new me.  A new wife, a new mom, a new friend, a new daughter, a new sister. I am learning that despite what religion tells us, God is soverign and He is above all.

Mabel’s story is my story.  She and I have weaved  a bond in each other that is unique and unexperienced by many. I cherish her every detail but just recently have allowed myself to feel frustrated and scared in ways that I didn’t want to accept before. It is all part of the maturing that is happening in this heart of mine. 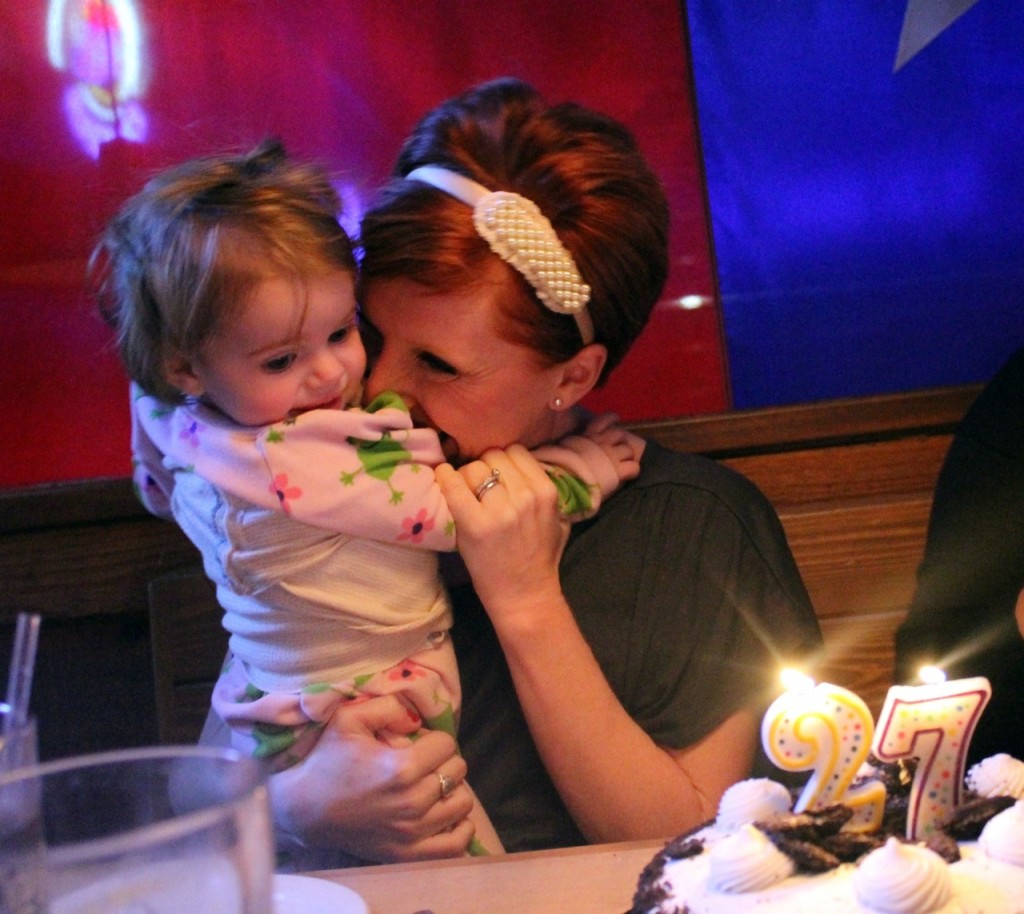 Mabel’s story is long and vigorous.

It is nights of fear presenting in physical seizures or uncontrolled vomit.  It is days of sleeping in random places because energy is nowhere to be found in her body.  It is nights in the dark staring at my best friend and saying things out loud that a mother should never have to speak. It is knowing that in this house, I am safe with my fears and shame. Mabel’s story is deep and long and I pray that as I continue to venture it, you would allow me to rip your heart open and share things that I haven’t before.

This little girl of mine will touch you in ways you never knew.  She is a beautiful mystery here- but I believe, at the throne of mercy, she is perfectly figured out.

Mabel means ‘love.’  She has eyes that are breathtaking and she smiles without restraint.  She is absolutely the closest thing to love that I will ever know. She is fully and wholly love. Sometimes I look at her and wonder why the Lord chose to bless me with this sort of incredible, pure, untainted love.  And then I hear Him whisper…“so others will see her and know the truth.”

So as my eyes are opened, I pray yours are too. I will continue to share our journey with you so that we can all grow from this sweet little mystery of love, Mabel Audrine. She is the sweetest thing I’ve ever seen. And I’m not just saying that because she’s mine. I’m saying it because she’s HIS. I’m going to let Him figure it all out and I’ll just go along for the ride. Won’t you join me?

Ramee Larson is the newest addition to the Signposts team. Ramee loves writing and photography, and is raising three beautiful redheads with her high school sweetheart. Her youngest daughter, Mabel has a (presently undiagnosed) disability. Ramee also writes about life with her Redheads at Raising Redheads.